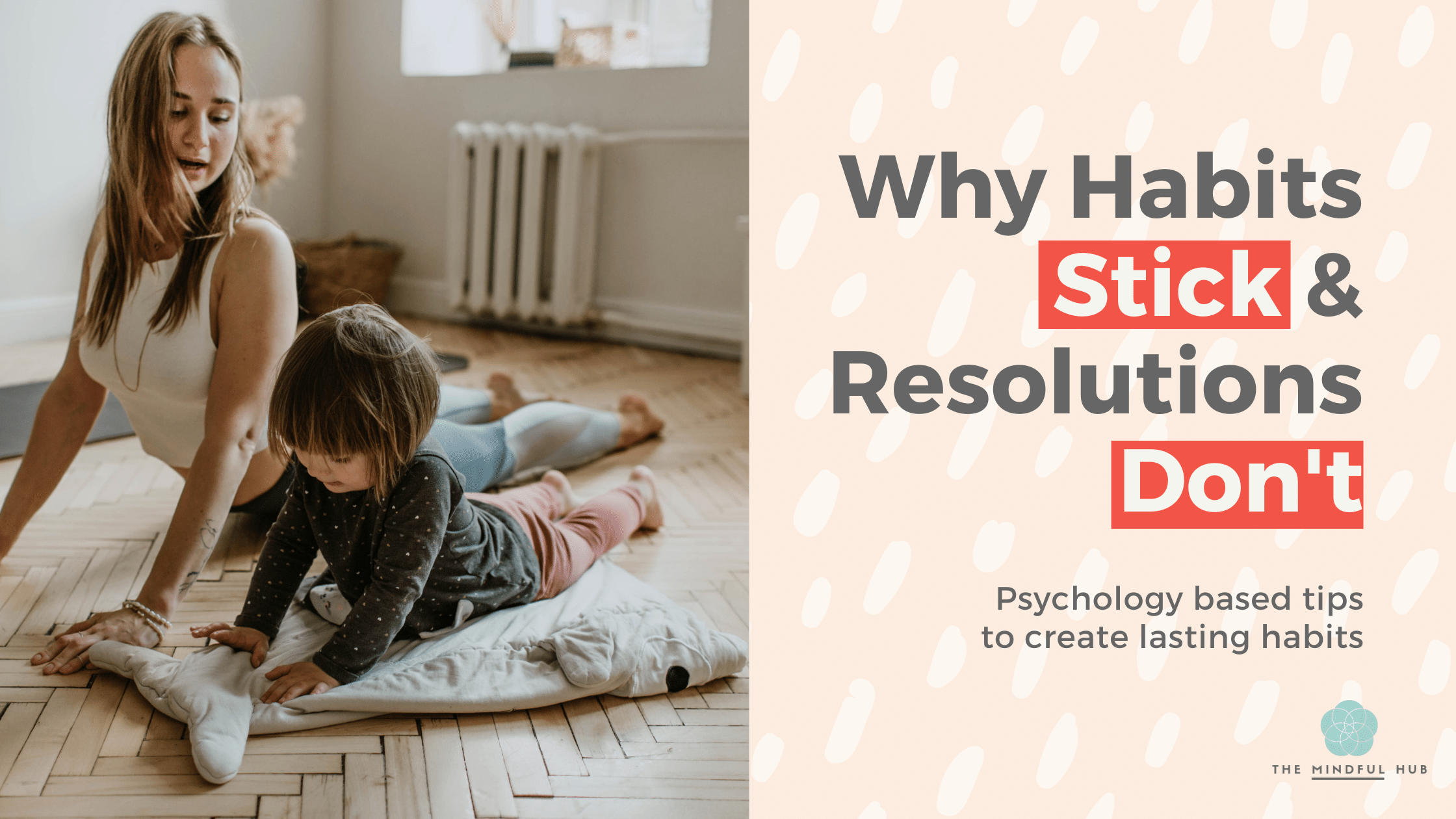 *Please note, our blog is not to be used in place of therapy.
If you need psychological support, book an appointment with our Psychologists*

How many New Year’s resolutions have you made in your life? How many have you successfully accomplished? The estimate is that less than 10% of New Year’s resolutions are actually achieved (University of Scranton Psychology Professor John C. Norcross, Ph.D.). Here are some key theories on why the majority of us just don’t stick to them.

The Science Behind Creating Habits

The development of habits and systems  can result in long term gains and behavior change. A habit is acquired through previous experience repeated over an extended time and usually occurs unconsciously.

Habits can be compulsory–such as biting your fingernails–and they become bad habits. Old habits are hard to break because the behavioral patterns we repeat become imprinted in our brains’ neural pathways.

New habits, which can become good habits are sometimes hard to form because we haven’t repeated them enough to become more automatic and imprinted in our memories. Serious bad habits can become addictive and pose a mental health problem to the point where the individual has no control over the habitual behavior.

Habits become more ingrained with age because repetition reinforces the habits over time. Your brain is fundamentally lazy. When it can, the brain wires thoughts, emotions, or behaviors into circuits deep below the surface where they become automated  During the day, hundreds of habits—automated chunks of thought, emotion, or behavior—come online and offline, usually with little conscious awareness. Some habits you might think of as good, such as washing your hands after you visit the bathroom, brushing your teeth, or meditating daily. Others you may consider bad, such as negative self-talk or snacking on junk food. But most of your habits are neutral. For example, by habit, you steer along the same roads to work, position yourself in the same spot in a gym class, fill your shopping cart with the same food at the same supermarket, and tune your ears into the same music.

How to Create Habits That Last

“Get more exercise” is not small. “Eat healthier” is not small. This is a big reason why New Year’s resolutions don’t work. If it’s a habit and you want a new one it MUST be something really small. For example, instead of “Get more exercise” choose “Walk 1/3 more than I usually do” or “Take the stairs each morning to get to my office, not the elevator”, or “Have a smoothie every morning with kale in it”. These are relatively small actions.

3. Make the new action EASY to do for at least the first week.

Because you are trying to establish a conditioned response, you need to practice the new habit from the existing stimulus from 3 to 7 times before it will “stick” on its own. To help you through this 3 to 7 times phase make it as EASY as possible. Write a note and stick it in your walking shoe that says “Total time today for walk is 30 minutes”. Write a note and put it where you put your keys that says: “Today use the stairs.” Put the kale in the blender and have all your smoothie ingredients ready to go in one spot in the refrigerator.